Hands-free and blue tooth cell phone options are wonderful, especially in the privacy of your car when you’re on the go. It’s safer and smarter. But what happens when people take the “on the go” convenience of hands-free cell use a bit too literally…like on the plane next to you, waiting behind you in line at the store, or even in the stall next to you in the bathroom!

I have most definitely experienced all of these, and I bet you have too. It’s just terribly awkward, isn’t it? The conversation is audible to everyone, and typically louder than a normal phone conversation because the person is trying to speak loudly enough for the microphone to pick it up. Plus, that person is usually trying to speak over whatever other noise is going on around them, including the roar of an airplane engine or the flush of a toilet. It makes me cringe just thinking about it. And, I even find that I am unwittingly trying to be more quiet than normal just to allow them to have their conversation without interruption, which is frankly slightly absurd on my part.

How do you politely tell someone you don’t want to be a part of their cell phone conversation simply by default of your proximity to them?!

The reality is, you really can’t without interrupting their call, which wouldn’t fall in line with your code of consideration. You are left to either try and ignore the conversation, or put on headphones and tune it out until you can move out of ear shot of the person. Or, at least, until the airline attendant tells everyone to turn off their cellular devices. In cases where you are stuck next to a person for a lengthy amount of time, and cell phone use is permitted, you can politely ask them in between calls if they wouldn’t mind using the regular cell phone option or continuing at a lower volume.

Hands-free options are meant for private places where your conversation won’t invite others nearby into it, especially when they don’t want to be. So keep the headsets (and speaker phones) put away for places like your car, office or hotel room. And, as always, no matter whether you’re using hands-free or not, consider others around you before you make that call, and find a quiet spot to take it where it’s easy for the person on the other end to hear you too. 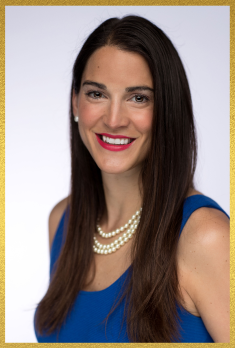 Courtney was trained by the prestigious Emily Post Institute, the leading standard in the field of etiquette. She is the only etiquette instructor in the Kansas City area with this training. As a wife and mom to three boys ages 10 and under, her everyday is filled with backyard adventures, bug hunts, Lego-building sessions, and lots of dirt and mud.